Just A Normal Human Being 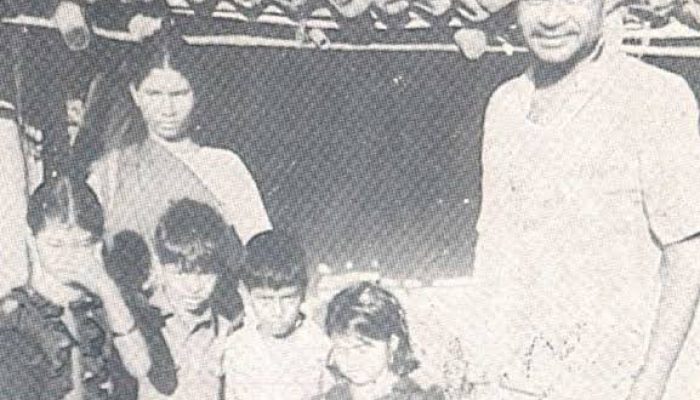 I first went to Dalli Rajhara in 1981, uninvited, a stranger and Niyogiji was in jail. Nevertheless I was heartily welcomed by Janaklal Thakur, G M Ansar and others. I stayed there for four or five days, discussed my plans with the workers, but decided to return to Calcutta as any of my dreams of starting a health initiative could not be finalized without talking to Niyogiji personally.

Janaklal asked Shyamlal the driver of the union jeep to take me to Durg station, about a hundred kilometres from Dalli Rajhara. As I reached Durg a couple of hours early, Shyamlal suggested that I attend a workers’ meeting nearby.

The meeting was conducted by Kurien, at the time a comrade of Niyogi. As the meeting was in progress, Niyogiji came down from a jeep. He had been released on the same day. As soon as he learnt that I was a doctor from Calcutta, he asked Kurien to take us to his wife’s quarter in Bhilai.

It was a large quarter and after we freshened up, we had a sumptuous meal – me, rice and beef curry, Kerala style and Niyogiji rice and vegetables. He never ate beef (or pork either).

After the meal the two of us sat in a separate room and discussed my plans to start a health initiative. Niyogiji said, now that we are alone let us talk in Bengali. He never spoke in Bengali in front of others. After some time he said that Doctor Saab, you are not going back to Kolkata today. Let us go back to Dalli Rajhara.

So I returned back to Dalli Rajhara with him. He lived in a mud house like any other worker in a muhalla close to the union office. I was introduced to Asha, his wife and their children and had a glass of sweet black tea.

And then he suggested that we attend a marriage ceremony in a worker’s home in the same muhalla. I am not much interested in any such ceremonies, but never having attended a Chhattisgarhi marriage, agreed to accompany him. It was quite dark by then.

The festivities were in full bloom. In Chhattisgarhi marriage there are mock fights between bride and the bridegroom’s party, with a lot of abusive words thrown in and it goes on and on for hours.

I was getting bored after some time. Suddenly I noticed that Niyogiji had already left. So I got up and went back to his home. There are no lock systems in the workers’ homes in Dalli Rajhara. So I simply pushed and went into the courtyard.

I looked up to see Niyogiji embracing and kissing his wife in the verandah. (Remember he was in jail for a long time).

They separated as soon they noticed me. But this snapshot of a few seconds is still deeply etched in my mind.

We sat in the floor and had a simple meal of rice, dal and vegetables in the light of a kerosene lamp. After licking the plates clean we washed our hands on the plate itself and went in the kitchen garden to wash our mouth. This was how it was done in Dalli Rajhara, to save precious water.

I slept in veranda on a cot, locally known as khatia or charpai. I am little over six feet and the charpai was not much more than five. So half my legs were dangling over. Niyogiji was as tall as me and he slept in a similar cot. Next day I asked him, why didn’t he build larger cots. He said he was thinking about it. Well, later he got himself a larger charpai.

When I woke up in the morning, I found scores of villagers sitting in the courtyard. Niyogiji asked them to wait, took a pitcher (lota) of water and walked out for his morning rituals. Some of the followed him, eager to discuss their problems and grievances.

When we were alone he told me going to the fields for defecation was a nuisance, as people kept him company the whole time. Later he took me to a contractor’s office which had a proper toilet. The contractor willingly opened the lock of the toilet for Doctor Saab to use.

I asked Niyogiji why didn’t the workers build their own toilets. He said that adivasis have long felt that defecating inside or near the house was impure and dirty. But we have to change this tradition, he said. As open vacant spaces were shrinking it was particularly difficult for women.

It took a few years to change all that. Union office built a toilet that was used by visitors and people like me.

At Niyogiji’s suggestion all the union run schools built their own toilets, as it was easy for young boys and girls to pick up the habit. Later the parents would follow suit, which they did.

Jeet, Niyogiji’s son, by then seven or eight years old needed a surgery. A minor one, but being a child needed general anaesthesia. And Niyogiji insisted that he be present in the operation theater.

Those were the early days in Shaheed Hospital. General anaesthesia meant giving ether to the patient. Two or three people would hold the patient to the bed as he struggled and the anaesthetist would pore ether on the mouth through a mask.

Saibal was the anaesthetist and two health workers held Jeet back. I was the surgeon.

Jeet struggled furiously and then went completely limp, as was expected.

Standing in one corner, Niyogiji started sweating, his jaws clenched.

As soon I made the incision, one artery was cut spurting out blood. Before I could put an artery clamp to stop the bleeding, there was a loud thud. Niyogiji had fallen on the floor unconscious, all six feet of  him.. He had a vaso-vagal attack after seeing the spurting blood. Some health workers laid him a stretcher and took him out.

By the time I finished the surgery around half an hour later and went out of the theater, Niyogiji had recovered and pacing in the corridor.

As soon as he saw me, he said, “you doctors are not normal human beings.”