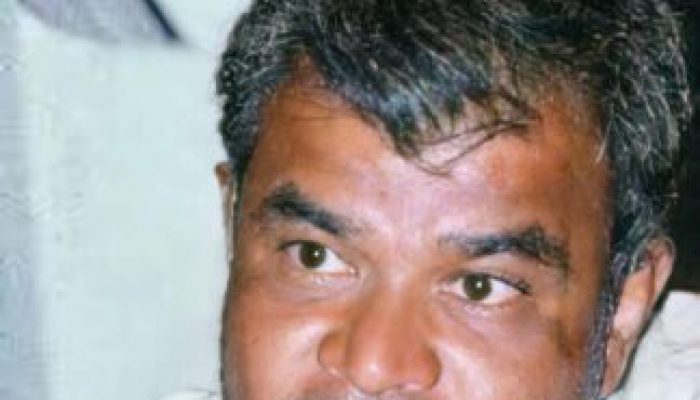 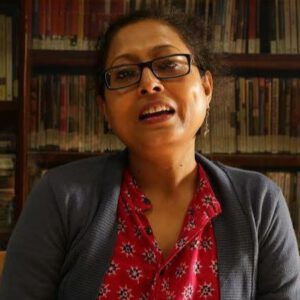 Writer and musician.
My Other Posts

I have long stopped trusting my dreams. But last night there was a voice. A voice that talked incessantly. And sang about anjor. About sunshine and rays of light. It was only after a while that I found asking myself which sunshine, what rays was he singing about. The effulgent ones of sunup ? The broken shades of sundown? Who could tell? I for one could not. And the disembodied voice did something to me as much as the haunting refrain:

It showed no sign of waning till I sat up on my bed. Still staying in the dream. Or moving outside of it. I do not remember which, the refrain seemed not to have left me ever since. Was it not coming from the courtyard I saw in one of my all-too deceitful dreams? A yard neither too big, nor too small, where a few scattered gurhals stood with an acacia with hanging seedpods? Weren’t the pods too ready to burst at that point? Wasn’t there a road, an asphalted one and a pavement wide enough to hold the rounded brick-fenced row of peepuls? But what purpose does a courtyard serve if it decides to stay at the back and the interminable road stretching in front of the freshly-coloured house with pink walls, brown windows and a look of indisputable ordinariness allows a man to ride up to it on a September dawn surreptitiously? Nothing, I presume.

It was a perfectly calm day, someone told me. A day like every other. Neither too hot, nor too cold. Was the sky overcast? Perhaps. But no rain in sight either. Easy enough for the man to reach MIG 1-55 HUDCO Colony in the steel township, easy enough, for he, Paltan Mallah, would have braved anything anyway for money, but in this perfectly fine weather the steely presence of his country pistol with a pack of extra cartridges was giving him some peace, after all. Those stupid people who had hired him sent two of their rather obsequious employees to Nepal for smuggling firearms. And a third one went through another route. All this drama for a simple assassination. Of a person who seemed only too willing to lend himself to anyone who could do the job on him.

Yes, this sounds strange but with a killer’s instinct he knew this was the case. Otherwise, how could one explain this behaviour? For seven days in a row he, Paltan, had followed the person, including the three nights when he had observed his victim silently in his sleep. Paltan would ride up, park his motorbike on the opposite side of the road under one of the numerous baby peepuls, and stand in front of the closed windows, crossing the narrow veranda of the house. The windows might as well have been open because they were never bolted from inside. With the slightest of efforts he would open one of them, and let the curtain fly on its own with the breeze that would be blowing at this hour of the dawn. Each day. Same time. For exactly ten minutes he would watch the person sleep peacefully. Not more, not less. The road would be completely deserted. It would not have mattered if it was not. For the shapeless karanda beside the pavement would have anyway prevented him from being seen.

He would observe the peace with which his soon- to- be victim slept with a book beside him, the same book it seemed, although darkness prevented him from discerning the colour of its cover. How exactly could he, who went public with his apprehensions of being killed any day, sleep with such tranquillity, was a wonder in no small measure.

The Policewale did nothing with the diary notes and the cassette or whatever the person made and tried to bring to their attention. Who on this earth would have expected otherwise? No one. So, he, Paltan,  wanted to be on his own. For that precise reason, he made it clear that he was much more comfortable using his own pistol than some fancy imported revolver. He had his own strength and weaknesses. Like hired assassins do. He had to pull the trigger on someone with whom he had no animosity. Absolutely none. He had done this n-number of times. But in this particular case, things were problematic. His would-be victim was, by all accounts, one of the most popular and respected persons that he ever had any chance to ‘encounter’. At least that is what he had gathered. This was annoying because it left even less room than usual for him to move about in his own mind. Laugh as much as you can, but he, Paltan Mallah, too had a mind of his own like everyone else. All he wanted therefore was some peace for doing the job. A job that was not challenging by any established standard but was colossally difficult in an unfamiliar way.

It was not yet daybreak. Like all the previous nights, he opened one of the windows with the ease of an experienced burglar, stood before it, and took his time – those same ten minutes, arguably the minimum required to lodge the bullets in proper places. He didn’t need all those excruciating elaborations had it not been so infernally dark, for even the curtains were not drawn that night. Experience serving him well, Paltan came down on the road and started his motorbike almost with a touch of tenderness.

Voice a bit broken. No. Hang on. The tape is old. It’s only a micro-cassette.  The technology is prehistoric. We are making it work. Like the court did. Like ten thousand other people did after 28th of September, 1991.

Voice not that broken actually. After some trial, the tape is playing itself for us. Unwillingly. A little haltingly perhaps.

“The last news: do not expect the movement to stop even if you finish me off

I know that they are all trying very hard to kill me. I know it only too well that they might kill me while the movement is on. They can kill me, but I know that by doing this they will not be able to stop our struggle. After I am dead, the question will definitely arise as to who could have killed me; who are responsible for my death.

The way the owner of Simplex is exhibiting his wickedness, especially the way Mulchand is organizing the criminals, and Prabhunath Misra, the friend of Shantilal Jain, whose brother is a criminal, is leaving no stone unturned, an accident will be made to happen. Kedia is a deviously clever person. I am firmly convinced that Mulchand and Kedia – these two people are deeply into some kind of conspiracy against me. I am further convinced that these two persons are in cahoots with the IG, Mr. Singh, and the conspiracy they are all participating in is a big one. It is for this reason that I am recording my thoughts and my apprehensions. Because something will happen very soon. This record will help my comrades decipher everything.

After I am gone, you all should build such leadership that they will believe in themselves, and take the struggle forward in the right direction. Nirman and Sangram are two major pillars in our struggle. One has to fight against exploitation and tortures of every kind and keep constructing newer avenues….  ”

“We were sleeping in the union office. Babu in one room and I in the other. Having driven him to Raipur and back on that day I had fallen into an exhausted slumber. Driving sixty-six kilometers back and forth, attending long meetings in the town give one a right to go into that kind of peaceful sleep. Don’t they? And then came the sound. Suddenly. In the beginning, one fire-cracker-like sound. Then more of those. I did not understand much. Then I heard a cry: something like ‘Maa go’ from the adjacent room. And after that it was perfectly quiet as before. Did I hear the passing of a motorcycle? I do not remember. My mind went so completely blank. I only had the sense that I had to run to his room to see what had happened. I saw my babu lying on his bed in a strange fashion. Not moving. Not saying a word. It was quite dark. Before my senses vanished totally, I crossed the road and called people from the house across….aur sunna chahte ho?” Bahal Ram asked me.

I wanted to hear much more, but some I knew. For instance, I had before me the transcript of one of the judgments at the S.C:

In the year 1990, he came to Bhillai and started occupying quarter no. MIG 1/55of HUDCO. He stayed there with his servant Bahal Ram. The other members of his family continued to stay near Rajhara. Deceased Niyogi set up an office for Chattisgarh Mukti Morcha (henceforth CMM) at MIG-2/273 HUDCO. In the year 1990, there was widespread labour movement against the management of various industrial units such as Simplex, Kedia, B.E.C, B.K, etc. According to the prosecution, the management of these industrial units started opposing the labour movement and there was even physical attack on some of the leaders of CMM. One Uma Shankar Rai, a leader of CMM was fatally assaulted by the agents of the industrialists. Deceased Niyogi apprehended serious threat to his life from the industrialists, especially from Simplex and Kedia Group of Industries. He made notes in his diary regarding the apprehension of danger from the management of these industrial units. On 27.9.1991, he had gone to Raipur and there he met one Rajendra Sail, Secretary General of PUCL and reporter N.K. Singh of “India Today”. He expressed an apprehension of danger to his life from Kedia and also from A-5 Moolchand Shah and A-1 Chandrakant Shah of Simplex Group. On 27.9.1991 at about midnight, he left Raipur for Bhillai and reached his quarter no. MIG- 1/55 of HUDCO and went to bed. His servant Bahal Ram was occupying the neighbouring room. In the night, Bahal Ram heard a noise like bursting of crackers and he rushed to the room of Niyogi and found Niyogi writhing in pain on his bed. The window was found open. Bahal Ram called for help of the neighbour Sripad Mategaonkar. Few workers from the CMM came to the place and it was found that Niyogi had been shot. He was immediately taken to the Sector 9 Hospital of Bhillai. Before reaching the hospital, Niyogi succumbed to the gunshot injuries. Post-mortem examination was conducted by a team of doctors and they opined that death was due to bullet injuries.

The house never stopped coming in my dreams recurrently – the one with the worthless courtyard. And the narrow space in the veranda where someone stood and watched a person sleep peacefully for days on end. I saw the interior of the room one night. As if by some miraculous chance. Two small beds. A headstand. A tiny table to keep a jug of water on it. And the tattered curtains so thin that they seemed to be ready to fly away with the wind.

Right across the street some flowers were assuming the colour of dripping blood.

This writing is part of a larger narrative fiction based on Shankar Guha Niyogi’s life and times in Chhattisgarh. 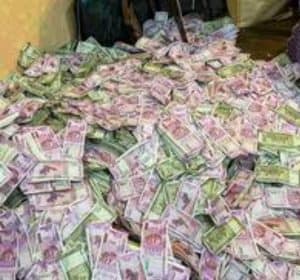 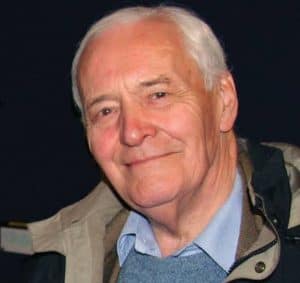 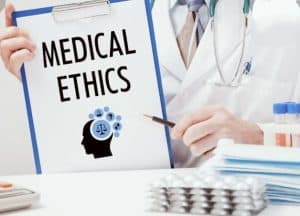 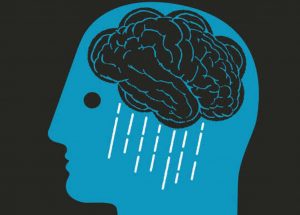 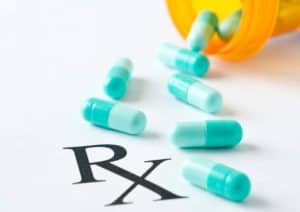