Who Killed Rational Use of Medicine? 14 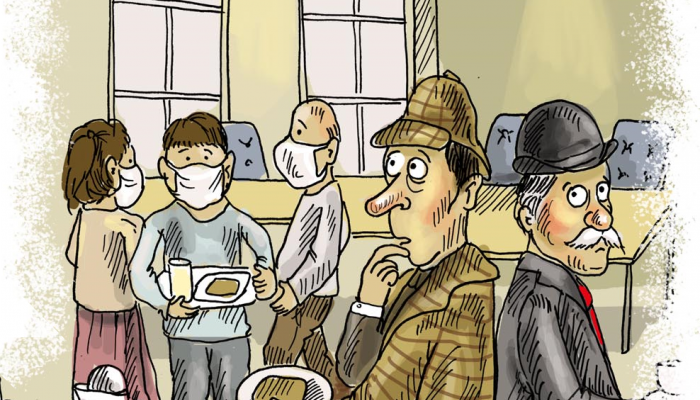 In the morning as Sholmes and Dr Whatsup came down from their hotel room for breakfast they saw many of the familiar faces from the previous two days of the conference.

There was a difference though, and it was Sholmes as usual who noticed it first.

“There are more folk wearing masks than I remember earlier” he remarked to Whatsup as they sat down to have their toast and marmalade, with some fruits and tea.

“Yes, you may be right. I thought it was a common habit in this part of the world for people to cover their faces because of urban pollution”, said Whatsup.

“Could be because of the news of the novel coronavirus epidemic in China. I read the World Health Organization is about to declare it a pandemic. Scary stuff, but I wonder if the mask really protects the person wearing it or  is it meant to prevent spread if you are already infected?” said Sholmes.

“How is a lay person supposed to decide whether wearing a mask is beneficial or not?”, said Whatsup. “Who is he or she to trust or believe? What constitutes evidence and what does not?”

“That’s a genuine problem. Well that is one of the main topics for discussion at the sessions later today,” said Sholmes. “Given the complexity of health, disease and medicine, navigating through the vast amounts of scientific or at least ‘scientific sounding’ literature, multiple claims and assertions is difficult for even practicing physicians, leave alone people from other backgrounds”.

It  was a difficult theme indeed, but perhaps the most important one of all being discussed at the conference, thought Whatsup. For at the heart of medicine lay the power to define or certify one kind of knowledge as being superior to another. If you got the upper hand in the way you managed the definition you would dominate the entire field of medicine or health.

There was a process of peer review and consensus within the world of science that was supposed to take care of any flaws in evidence or methods used, but this was not always a transparent process, especially when there was so much money and prestige at stake for those who won the ‘debate’. There were also genuine, unresolved differences of course within the world of science, on issues ranging from the how to measure health outcomes to deciding the best medical options when there was conflicting evidence.

Whatsup suddenly realized it was also time for them to get to the working sessions, which were about to begin. It was the final day of the conference and the last chance to find the clues they wanted, before all the delegates left the place.

Sholmes decided to go for the working session on ‘Improving the use of antimicrobials to contain antimicrobial resistance’. Antimicrobial resistance or AMR was considered by the WHO among the top ten health problems of the globe in 2019. The problem in a nutshell was that antibiotics, critical to save lives and treat bacterial infections, were losing efficacy due to various pathogenic bacteria becoming resistant – i.e. basically bacteria were refusing to die easily. This was in fact part of a larger evolutionary phenomenon. Antibiotic use spurred artificial selection of some bacterial strains that had the ability to overcome the usual mechanisms by which antibiotics disabled or killed normal bacteria. The greater the amount of antibiotic use, the greater the chance of bacterial resistance developing.

The first presentation, which used antimicrobial sales data from India, indicated rapid increase in consumption of expensive antibiotics like cephalosporins, supposed to be used sparingly, compared to penicillin that was both cheaper and less restricted for use.

It was an ‘aha!’ moment for Sholmes as he heard details of the Indian study. It was clear to him that the problem lay, not so much with physicians or patients themselves, but with medicine manufacturers and distributors for whom making and selling more expensive antibiotics was more profitable. Cheaper antibiotics were being deliberately phased out by manufacturers, forcing patients to use more expensive second-line antibiotics. It was a truly sick business strategy. 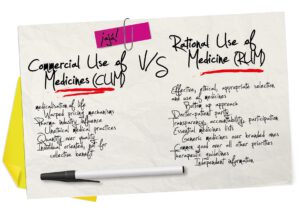