Who Killed Rational Use of Medicine? 3 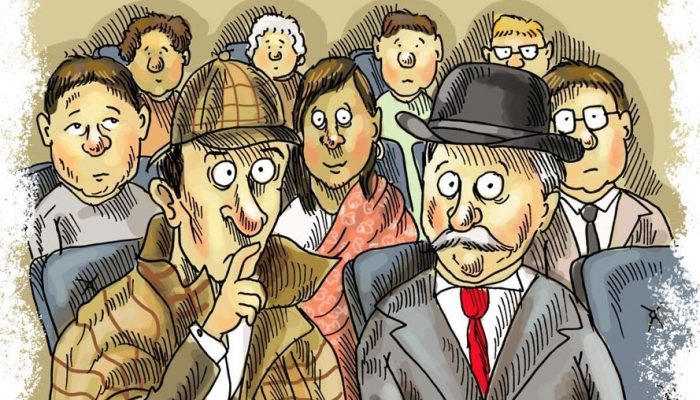 There was a video message from the Chairman of the International Conference Organising Committee being played.

” Communities in many parts of the world are mobilizing in search of dignity, liberty, freedom and empowerment. Their participation is essential to solve the current crisis of health systems and for that to happen there is a need to redistribute power” said the Chairman, who was very wise and spoke like a poet.

“These are the clues we have been looking for”, said Sholmes.

“How do you know?” asked the ever sceptical Whatsup.

“Elementary, my dear Whatsup. Listen to him carefully. What he is saying is that before you can get answers to the big questions, about why people use medicines the way they do, you have to find out what they really think is ‘rational’, how they perceive ‘health’ and what ‘medicine’ means to them”.

Dr Whatsup became pensive. No one had taught him to ask very simple and basic questions while at medical school, which had instead been full of dry, detailed, technical stuff. This was the first time he was forced to think of the various assumptions (many of them wrong) made by members of his white-coated tribe,  when they got upset with patients for not following instructions on taking their medicines properly.

The chasm between what the medical world assumed and what patients really wanted was very wide and bridging it would be a tough job. “And these folks at ISIUM are brave or crazy enough to even try” Whatsup muttered to himself.

“Shhh! Listen carefully!” Sholmes said, pointing to the speaker on the stage. It was a former Minister of Health of Thailand and he was saying …

“We want to change the world, but we do not know ourselves clearly”

Whatsup thought to himself, “We medical professionals rarely reflect on what we do and we don’t know our patients very well either’. He suddenly realized that this conference was really special. It had hardly begun and was already forcing him to rethink many fundamental ideas he had held about what the world of medicine was all about.

Like the idea of ‘rational’ use of drugs for example. The term ‘rational’ sounds straightforward but like common sense it was not very common.  The issue of rational use of medicines has been an international concern at least since the mid-eighties and was well publicised worldwide.

And yet, as a leading expert on the subject said in her address to the delegates in the opening session of the conference, the evidence was overwhelming, that  even supposedly very rational, scientifically trained, experienced medical professionals, in large numbers, were flouting guidelines and even basic principles of prescribing medicines.

The reasons for such prescribing behaviour were diverse, she pointed out, quoting doctors from many countries who blamed it on everything from the lack of diagnostic equipment, logistical difficulties, concerns regarding various costs and so on. Self-medication too was explained by patients as being due to lack of access to good doctors and/or the healthcare system.

Winding up, she noted that many efforts have been made to improve medicines use, many of them through small projects for a limited time, but it has been difficult to sustain them in the long term. Medicines policies implemented nationally can be very effective in promoting rational use but many governments are not implementing them.

“Hmm…one crime, many motives”, said Sholmes shaking his head. “This is not an ordinary mystery, there are too many culprits involved”.

“Doctors, hospital managements, pharma companies, regulators, policy makers and even patients themselves- all are complicit in this crime of irrational drug use,” said Whatsup. Adding to the complexity was the problem of   substandard or falsified medicines, which negated many of the benefits of modern health care.

However, as Sholmes and Whatsup were both about to find out, the situation was not completely bleak either. There were a number of countries adopting the required policies and trying their best to ensure medicines were used carefully, safely and only when really needed.