Who Killed Rational Use of Medicine? 6 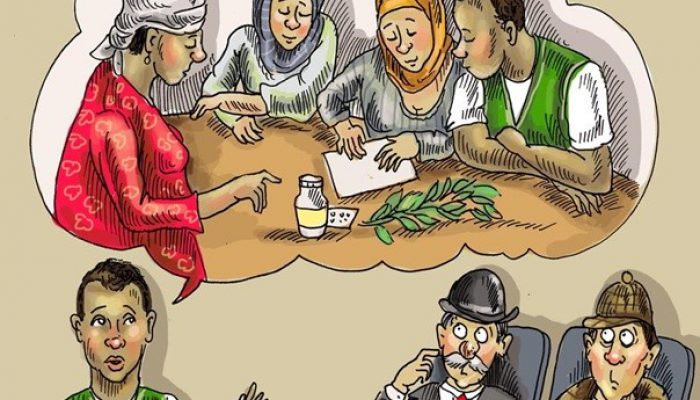 “Walking on your own feet, building the well-being of everyone, promoting autonomy, health, and human dignity: these are the essence of social empowerment. People’s health is determined much more by politics and the concentration of power than by medical care and prevention.”

The ISIUM international conference chairman – the wise man who spoke like a poet – was back again on video with a keynote address to the conference delegates. This time his focus was the way all of life had been medicalized, with medicine invading all aspects of society. Normal situations, part of the natural cycles of life and ecology had become pathologies and healthy people were being designated as sick ones.

Whatsup’s thoughts strayed to the previous evening, which had been very interesting – dinner at a restaurant on Bangkok’s Chao Phraya river, serving the most delicious food they had tasted for a long, long time. (The culinary happiness was somewhat diminished  by gastronomical consequences the next morning but overall the experience was exquisite.) The entire view of Bangkok by the river, the people gathered there, the evocation of the city’s history, in which the river played an important role, even the little wet market close to the pier had given both of them much food for thought.

One simple realization was that almost everyone does what they do, because they have some kind of rationale for it in their minds. People do certain things for earning a livelihood, to help others or just for fun, acting as they do through tradition, training or independent thinking. There are as many rationalities as there are people perhaps and nobody had the right to tell them they are deficient in any way, sick or in need of ‘treatment’ unless they themselves choose to ask for help. The expectation of some experts, that ‘non-experts’ should just follow orders – ‘for their own good’ – is both humiliating and counterproductive.

As the Chairman said in his address, medical professionals were nowadays involved in addressing ‘problems’ such as beauty, grief, adolescence, old age, menopause, sadness, hair loss, tiredness. Personal, family and existential problems, the poor school performance of children – all were now in the hands of health professionals, in the desire for technological solutions, or ‘magic bullets’. Death itself had lost its human dimension.

Among the consequences of medicalization were an increasing demand for health services, costs of care, frustration of staff, hospital-induced illness, overdiagnosis, excessive medication, and deterioration in the quality of care.

Worst of all, people had lost control over their own lives, becoming dependent on technology and use of medicines, which in turn was linked to the power of the pharmaceutical industry. Professionals were being trained in medical colleges to become accomplices in this unjust power structure, taking them very far away from the first principle of medicine, which was ‘Do No Harm’ – highlighting the ethical imperative of putting the interests of the patient above all other concerns.

Part of the reason why rational use of medicine had come into focus was simply because medicine itself has become so ubiquitous in people’s lives. While in theory medicine is supposed to be curative and beneficial, it can turn into poison if given in the wrong dosage, combinations or to people who don’t need it at all. There was no need really, to portray every human problem as something that needed treatment with these magic pills called medicines.

So what was the way out of this mess – where the world of health and medicine had been hijacked by powerful vested interests seeking profits from the day-to-day miseries of ordinary folks?  Could communities – grandmothers, grandfathers, children, women – do something to take back the power over their lives?

As Sholmes and Whatsup pondered over these vexing questions, it turned out communities indeed could do a few things despite all the challenges. The morning session of the conference on the second day was dedicated to telling the stories of how ordinary people could be mobilized to take control over health problems in their midst in various ways.

First was a detailed presentation by a leading member of the community group in Saraburi, Thailand, which had helped pilot the Antibiotic Smart Use project, described also on the first day. She had been associated with the campaign right from the start and her patience, empathy and gentle wisdom were key reasons why members of her community were willing to participate in large numbers and make it a resounding success.

What the ASU project showed was that technical and professional knowledge about rational use of medicine, could make an impact only in collaboration with communities, which had the skills to communicate, motivate and mobilise their members. Understanding and winning the trust of people was essential to change health-related practices in local settings.

“At last a young person on the stage! About time the youth got into action”, said Sholmes suddenly, pointing to the next speaker who was a pharmacist and former student mobiliser from Tanzania. He described how, starting with community engagement and small activities during his student days, he was able to initiate a national campaign on antimicrobial resistance in colleges all over the country.

This was a good example of how somebody passionate about the issue could inspire others too– in this case fellow pharmacy students. The young student leader had mobilized 122 of his fellow students to become volunteer ‘Ambassadors for AMR’, and visit secondary schools near their own homes during the University holidays.

They had prepared illustrations, pictures and fliers to help them talk with school children. They also managed to run programs in 20 radio stations and also some TV shows on AMR. They backed this up with articles in newspapers and on social media. When the opportunity arose they also were able to reach out to community gatherings.

“That was an amazing story. I think not just the youth but children too should have a role to play in deciding how we all approach health and medicine” said Whatsup. “Children are far wiser than they are assumed to be and with some help can be powerful agents of change”.

His wish came true almost instantly with a story by a schoolteacher-cum-health activist from Argentina about Thiago, a little boy, who was overjoyed when the carrot mayonnaise he learnt to make in her class was appreciated by his grandmother. He was part of a unique project she was running to teach school children about the microbial world through the practice of gardening.

“Maybe Thiago does not know about logical frameworks, the impact of a project, or the percentages and statistics that are sometimes pursued to measure the “success” of a project……but….this child summed up the whole concept of experiential, healthy and true learning that day” she told the audience, while showing them a video presentation of her project. The little boy had embodied the idea of learning, through the joy and flowering of his self-confidence, as he related how his family had responded to his sharing of his practical knowledge from the school project. 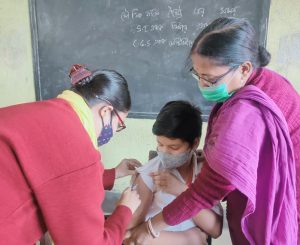