The Art and Science of Healing Since Antiquity 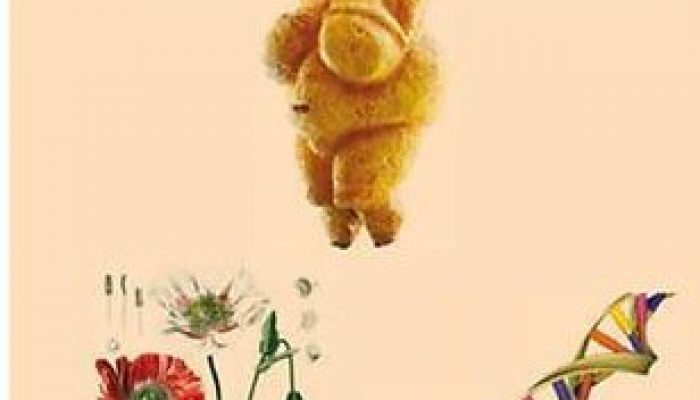 Once in a blue moon comes a book that with its piercing insights and sweeping synthesis dispels most of the doubts you may have had about a particular subject or discipline. ‘The Art and Science of Healing Since Antiquity’ written by Prof. DayaVarma, well known social activist and Professor Emeritus of pharmacology at McGill University, Canada does that to anyone wondering what the world of medicine is really all about. 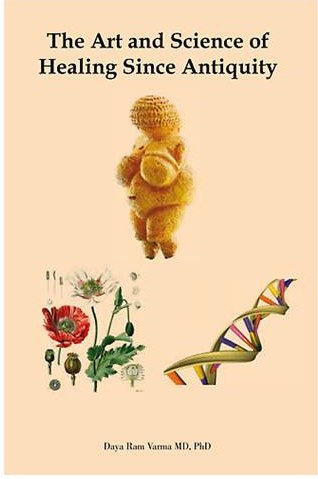 The seemingly simple theme of the book is why do so many parallel systems of medicine – from the modern to the traditional – co-exist around us when in every other kind of scientific endeavor consensus among its practitioners leads to unification of knowledge and methods? As Prof. Varma puts it ‘There is no such thing as Chinese, Hindu, Muslim or European physics or chemistry. Why then are there distinct schools of medicine like Ayurvedic, Chinese, homeopathic etc.?’

While there are debates and dissent within every natural science none of them are as divergent and serious as the ones in medicine. The assumptions about the nature of human body, cause of disease and line of treatment are totally different between the diverse strands of medicine, each of which has its own niche and devoted bands of followers. The way modern medicine approaches a patient is vastly different from the method used by an ayurveda or homeopathy doctor.

As it turns out the answers to the simple question posed by Prof. Varma are not necessarily straightforward.
To begin with, medicine, dealing as it does with issues of life and death, is easily the most complex of all human disciplines. Biological systems, as Prof. Varma points out are far too complex to achieve the same precision, as of now, as is the case for the natural sciences. As a result there are still too many mysteries of the human body that are yet to be properly understood. Leave alone finding a cure, the mechanisms that underlie the onset of diabetes, cancer or even common hypertension are still not fully explained by modern medicine giving rise to ‘alternative’ therapies and counterclaims by rival medical streams.

“The first and foremost reason for the survival of alternate medical practices is the limitation of medical science, which cannot cure all existing diseases or even safely relieve all unpleasant symptoms. As well, it is neither readily available nor always affordable’, says Prof. Varma.

The gaps in knowledge and drawbacks of modern medicine give an opportunity to other systems of medicine to sell their ‘cures’. For patients suffering from chronic or as yet untreatable ailments it is natural to try out whatever method they think will give them relief and their desperation is often matched by the greed of those willing to fleece their patients with spurious remedies that show few benefits.

This bring us to the issue of money and the dubious role it plays in the practice of medicine in our times with spending on health contributing a big part of regular expenditure of every citizen and the amassment of huge amounts of wealth by the medical industry, particularly drug companies. The lure of money is such that the profession attracts many charlatans, both in the traditional and modern sectors. The situation indeed is so bad that researchers, regulators and practitioners alike are willing to tailor their prescriptions and therapies to suit the needs of the market today and have compromised even the science part of modern medicine.

According to Prof. Varma the difference between medicine and other natural science disciplines is also due to the fact that a physicist or chemist does not have to sit in the midst of a population solving their problems like a physician has to. Given its ambitious task of curing, healing living human beings or even alleviating their symptoms of discomfort, there is immediacy to the application of medicine that other sciences simply do not have.
This feature of immediate application of knowledge leads to an interesting insight into nature of the medical profession itself. While there is obviously a lot of scientific knowledge and methodology that is indispensable to the making of modern medicine calling it a ‘science’ is only a half-truth.The story of medicine as it is practiced therefore has to be understood properly as a combination of natural science with ‘art’, implying the role of communication, psychology, sociology and even political knowledge in the profession.

What Prof. Varma does so wonderfully in his book is take the reader on a time-machine of sorts through the long history of medicine from antiquity to the modern era. All along the way he evaluates each phase of development of medicine in terms of the social context of that period, the level of development of the sciences as well as in the light of contemporary knowledge.

Many of the conclusions he draws from the reading of the history of medicine are striking:
– Prof. Varma postulates that witchcraft was the forerunner of all systems of medicine, including modern medicine, which he says is its most rational expression. Even though witchcraft held evil spirits and supernatural beings as responsible for disease it was nevertheless proto-science as it sought to understand disease as having a cause somewhere. It was this insight, revolutionary for it’s times, that other systems of medicine build upon through observation, hypothesis and experimentation.
– The breakthrough from spiritual to materialistic medicine came through between 700 BC to 400 BC in three countries, namely China, India and Greece. The Indians came up with a new theory of disease according to which ill health was not due to evil spirits but the imbalance of three systems (Tridoshas), termed vayu, pitta and kapha corresponding to the respiratory, circulatory and digestive systems in a broad sense. The Chinese came up with the idea of dialectical interaction between two opposites – Yin and Yang. In Greece Hippocrates came up with the theory of four humors. According to Prof. Varma, ‘The theory of physical basis of disease led to the exploration of physical means for the alleviation of disease on one hand and experimental exploration of human physiology on the other hand’.
– “Modern medicine is not a conceptual advance over Ayurveda; it incorporates all systems of medicine, is in continuum with them, and is an advance over all of them to the most rational stage possible”, says Prof. Varma. According to him the essence of modern medicine- and where it differs from the traditional Indian or Chinese systems- is its ability to discard what cannot be proved to be beneficial for whatever it has been used or prescribed. Traditional systems- while contributing historically to the development of medicine – have not been able to change in the light of new knowledge and have hung on to assumptions about disease and treatment that are mostly invalid today.
– Alternate systems of medicine also survive according to Prof. Varma because of the simple fact that the human body has a natural inbuilt mechanism of healing, which means that a physician from any branch of medicine has a good chance of satisfying a good percentage of her or his patients. That is why those practicing without any training at all in the field, like in many developing countries, can also manage to find a regular stream of patients. Besides this, is also the fact that all drugs produce a placebo effect on the patient, which may all they need to ‘recover’ in a large number of cases.

The Art and Science of Healing since Antiquity contains many such gems of wisdom about the way different systems of medicine have evolved over the centuries and their merits or demerits. It offers the reader a sound basis for understanding evaluating these different systems in both a rational and eclectic manner.

Especially important is the way Prof. Varma has carefully avoided making sweeping generalisations in either support or against any particular stream of medicine, but based his comments on observable or well-recorded evidence about the efficacy of different systems to the same set of ailments. By maintaining a very dispassionate stance he has avoided the usual bitterness that accompanies debates on modern versus traditional medicine.

This approach is no small contribution, as from the point of view of the general public, medical professionals should strive to do whatever is best for their health without putting on ideological blinkers of any kind. If there is evidence to show that a certain line of treatment coming from traditional medicine is useful that should be adopted without prejudice while those aspects of modern medicine that prove to be detrimental to the health of a patient should be discarded. Similarly those concepts of traditional medicine that are proven to be not just ineffective but also harmful to patients should be stopped immediately.

Even for readers who may not agree with all of Prof. Varma’s comments and observations his book is a treasure house for the sheer range of reading material he has processed, condensed and presented in its pages. The book is worth possessing simply for the long lists of references from the history of medicine and medical research that it contains.

Prof. Varma’s book, written with a lot of clarity as well as wit, is also a very valuable contribution to our understanding of medicine and the medical profession, which is easily among the most powerful professions in the world today.

After all whether you are a politician, businessman, general or anybody, one day you will surely have to take off all your clothes, lay down quietly on a table and allow the doctor to carve you up with a knife and charge you lots of money for this privilege! Everyone surrenders completely to the doctor some point of time or the other, elevating medical professionals into representatives of God on Earth, with the power to give life or take it away.
By demystifying the world of medicine for us Prof. Varma has made it possible for millions of ordinary people without medical training to take back power from the hands of both God and his/her messengers! 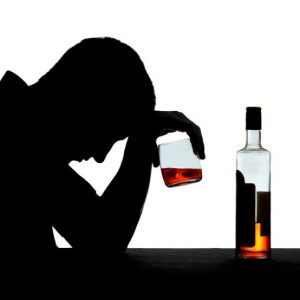 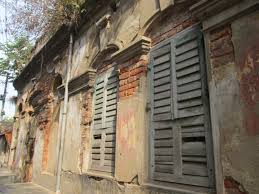 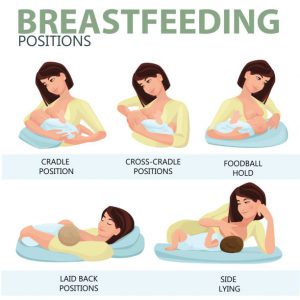 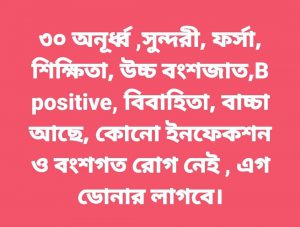 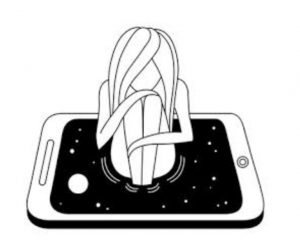