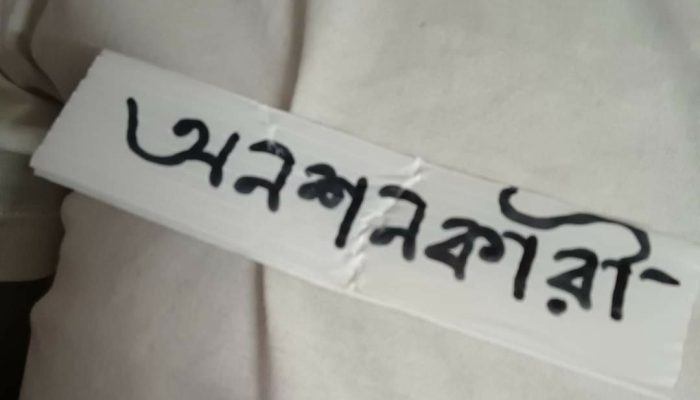 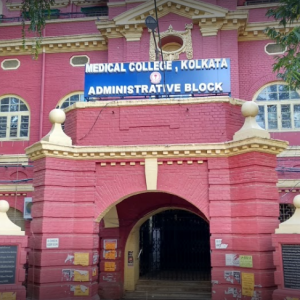 Democratic students of the oldest medical college of India.
My Other Posts

Here, I tried to note a few moments when anger, rage and hopelessness filled me.

Morning – First few hours didn’t feel out of the ordinary, our college schedule isn’t gentle enough to allow a breakfast anyway. The whole day passed with various organisations and universities coming in our support. Wish I could talk to each one properly but that ain’t possible physically. The weakness came sooner than expected.

Night- It’s late in the night. I don’t see much activity around me like the restless morning except a few close buddies setting up the mosquito net. I close my eyes, hoping to fall asleep before the terror of last day strikes, the day when patient’s, nurses and group D were mobilised against us. Instead what really comes to mind is the last meal. Before this fasting started, I was confident enough to say that food is not something I’m obsessed about, so it’s strange that at this moment I’m thinking about all the snacks I keep stocked in my trunk. Feels wrong, Feels weak, but I assure myself of my physical constraints.

It’s 5:04 pm in the evening. I’m lying on the bed staring at Ranabir Da, there isn’t much motion around. Abruptly the thought of BowBazaar’s Cheese Vada Pav strikes my mind, so does my love for extra spicy egg rolls. In this moment it feels outrageous that I’m deprived of the simple pleasures of life, Why? because for some people their loyalty to a political party is more important than a few students’ life.

11:54 pm Thought- I have to spend painful hungry nights because of this cruel spineless authority whose loyalty to the ruling party is unsurpassed. You’re always told to see the best in people, you’re told ‘they have their limitations, their constraints, their jobs’, my question is what use is this job if it forces you to keep someone in physical pain. There can’t be any influence, any constraint that makes you choose your luxury of someone’s pain. Some people really are unforgivable.

Day 3-
Morning- (8:47 am) Vomited only water for the first time. Seconds before this moment I was feeling extremely guilty watching my friends’ life on hold, them dedicating their whole day towards caring for me. On the other side is this college authority who comes twice a day, as if we are here with our attendance registers. Comes along with them each day, hopeless assurance of election in some distant future.

Afternoon- (1:03 pm) There’s a Cultural Convention Today, Hunger is less of a problem today for some reason. I’ve heard after the 2nd day it’s hard to have enough energy to be hungry. I was thinking about taking a nap, when the song ‘Ekti Chele’ (Warfaze) started playing in my headphones. It’s the kind of rock I vibe to, my fingers, my legs started to jerk to the rhythm of the song. I want to dance, it’s been a while since I danced by myself, right now I can’t I might lose too much energy.

I’ll continue this strike, I’ll fight for the Union, I fight with all my friends, juniors and seniors. We’ll get our college life back. We’ll better our college’s condition.

Evening- Can’t remember the exact time but the Health Secretary and some officials with him came with a proposal. I haven’t heard a bigger joke ever before, they whisper in my ear “Stop this hunger strike, continue with your demonstration we’ll talk with you on Tuesday, I know you don’t trust us, if nothing happens then sit back on hunger strike” I’m not kidding, someone can have the nerve to appeal to a hunger strike to ‘temporarily’ stop their hunger strike. What am I? A machine? Have we been joking for the past 6 months? That we have to renegotiate and re-evaluate our simple demand with these authorities after getting an official date. From what Aniket Da told me they literally said “We can’t do the election on 22 Dec, we have to consult our higher authorities”. The Health Secretary’s only higher authority is Mamata Banerjee.

Woke up Later than usual, around 11. One thing that’s been constant every morning has been waking up to my friends taking off the mosquito net feeling partially guilty and partially enraged at the condition. Followed by this moment everyday, I feel the strong urge to walk to Shosha Da’s canteen and have a few biscuits with a cup of tea.

Right now I’m trying to reduce my thoughts as much as possible. I don’t want this fight to be long, but I’m prepared.