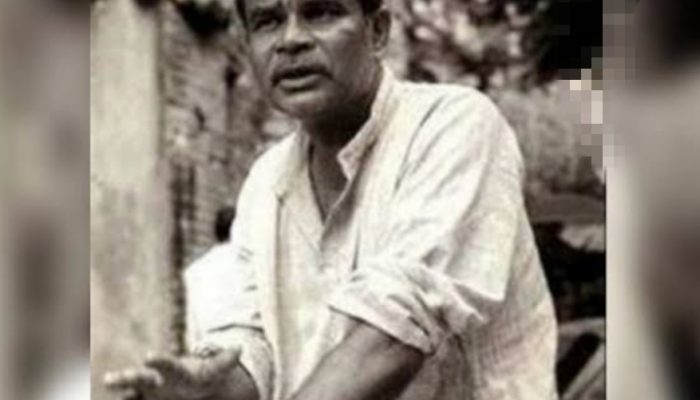 It was very hot and I cycled furiously, my heavy spectacles slipping over my nose. I was tense. There was an SOS from Pushpa Hospital, urging me to perform a surgery I had never done before – a Caesarian delivery.

At the time I was working with Chhattisgarh Mines Shramik Sangh, trying to build a modern hospital for the rural poor. About a year ago I had landed up in Dalli Rajhara in Chhattisgarh, carrying my rucksack with hardly anything more than my MBBS certificate, full of dreams to start something new, worthwhile and challenging.

I vividly remember my first encounter with the CMMS leader Shankar Guha Neogy. When we were introduced, he took me to a friend’s quarter in Bhilai, where we talked the whole afternoon.

He was a tall man, sturdily built, with prominent jaws and piercing eyes – a very attractive personality and looked every inch the militant trade union leader that he was. But it was only after he started speaking about his life and ideals I discovered a visionary I was thoroughly attracted to.

He talked about changing worker’s lives, building their own schools and hospitals, the anti-liquor movement and so on. Considering the expenses involved in constructing and running a hospital, I was a little pessimistic about the plan and expressed my reservations. But Neogy brushed it aside, simply by saying, “If we have a dream and decide to achieve it, money is never a problem.” I was not convinced at the time though.

It was funny how I declared my position during these talks. Firstly I said, I had no private means of income and would require financial support. This Neogy readily agreed to, and then I blurted out my second problem, “Neogyji, in the context of your anti-liquor movement I must confess at the outset that I do drink occasionally. But I can assure you that I will never drink in Chhattisgarh, but might be tempted to make it up periodically when I am in Kolkata among friends.

Neogy was most appreciative and remarked, “Doctor Saab, the anti-liquor campaign is based on the fact that the liquor menace is destroying the social fabric of the tribal workers of Rajhara and wrecking their homes.” During my stay in Rajhara I got to see and approve of what Neogy had said and also kept my promise.

So we became friends and I stayed on. Along came Binayak, a paediatrician from CMC Vellore and we started what we termed the people’s health movement. Our beautiful hospital was to come up three years later. Initially we started very modestly with a makeshift clinic in a motor garage. Saibal, one of my friends from Kolkata had also drifted from the city to join Pushpa hospital nearby, run by Christian missionaries, as the doctor in charge and I would sometimes be called to perform surgeries at Pushpa.

A patient had arrived at Pushpa the evening before in a bullock cart from a remote village. Unconscious and convulsing, she was suffering from eclampsia. It was her first pregnancy and the child in the womb was already dead. Any effort to save her meant bringing the dead out from the womb. The only doctor around trained in gynaecology had tried to extricate the dead child by cutting the parts vaginally but had failed. He refused to do a Caesarian section, knowing well the mother would die anyway. Saibal was desperate. My wife Chanchala, a gynaecologist , was a thousand kilometres away in Kolkata. The only way of saving the mother was a Caesarian section.

I refused. But Saibal persisted and so did the “sisters” of the missionary hospital. I believe I have Ah Qistic trait (Ah Q, as you might recall, is the tragic hero created by Lu Shun, based on which there was a Bengali play. Jagannath).

The summery of which is that I relented. In the OT I was perspiring. My hand was on the scalpel when the OT sisters stopped me. They started chanting a prayer, while I started recalling the steps of the surgery I had seen during my training days.

The tension was over very quickly. I had successfully removed the dead child and repaired the mother. But the condition of the mother was very serious. She needed urgent blood transfusion. She was A positive.

A hurried survey revealed that I was the only A positive around. I knew what was coming but had no intention of becoming double martyr on the same day. But Saibal was insistent. He forced me on a table and took a pint of my blood and transfused it to the mother.

I waited with a sweet cup of tea till the mother visibly improved and then started cycling back the three kilometres to start my evening clinic.

On the trek back I was exhausted but happy and content and patted myself for the deeds well done. As I passed the planned and picturesque township area I looked around the tantalizing eateries and sighed. Alas, my coffers were empty. While the Mukti Morcha had embraced me whole heartedly and giving me all the support they could, they were hardly in a position to afford more luxuries in life than two square meals a day, vegetarian of course.

I found a way out of this monotony by inviting myself to dinner every weekend to some worker’s cottage including Neogy’s, where I had a sumptuous meal featuring the inevitable chicken curry. I have had so many chickens in the six years of my stay in Rajhara I have given up eating this delicacy altogether, in memory of these poor souls.

Passing the township I entered the other part of the town –the worker’s muhallas, a stark contrast to the earlier landscape.

Surrounded by hillocks, it was a plateau with wide roads, through which tipper trucks carrying iron ore to Bhilai Steel Plant plied, spraying red dust all over. Still etched in my mind is the setting sun displaying its terminal glow creating a vermilion hued panorama. Having been born in the coal mining town of Jharia, I had the notion that all mining was done underground. Here in Dalli Rajhara, iron ore was excavated from hill tops and the workers’ were clustered in the valleys. Oh! How I love this place.

I woke up from my reverie when I was hailed from a roadside teashop. “Hey Doctor Saab,” called Neogy, “come and have a cup tea. You are looking very tired.” Neogy was sitting with some worker leaders, discussing the problems of the cooperative schools and the motor garage they were planning to build. I joined them and recounted the adventures of the day.

Neogy, his eyes glowing, stood up and said, ”Doctor Saab, the patient will live. You go to your clinic. I will see to the rest. We have to save the mother.”

When I came back to Pushpa three hours later, I was surprised to see more than fifty persons standing in queue in the corridor with Neogy alongside. They were all workers of iron ore mines of Dalli Rajhara. They wished me “Johar, Lal Johar( a form of salutation among the tribals of Chhattisgarh)”. I was confused, till I discovered Saibal furiously matching blood groups to identify those having A positive.

Neogy stayed the whole night along with a large bunch of A positives, smoking his brand of cigarettes or bidis offered to him with a greeting of Johar. The mother woke the next morning. She talked and asked about her child. That’s when Neogy and others left.

The mother died the same evening. Neogy came to me and said, “Doctor Saab, let’s do it together again for the next patient.”

Thank you very much Oindril.
Your response means a lot to me.
Asishda