Who Killed Rational Use of Medicine? 12 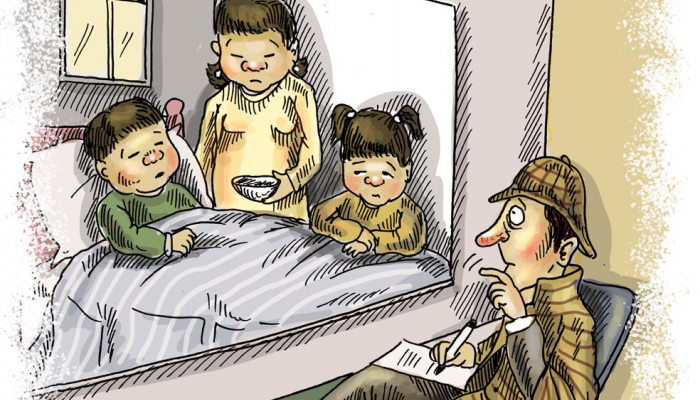 In the post-lunch session Whatsup chose to go to a workshop on ‘Communicating in the 2020s’. This was interesting to him simply because he was an amateur journalist himself, having contributed articles on forensic science and occasionally on crime to newspapers in London.

The first presentation was from an Indian journalist who called upon doctors to add ‘Know Thy Patient’, as one more dictum added to their existing credo of ‘Do No Harm’. And since patients were a very diverse lot in terms of age, gender, race, culture and so on there was a need for the medical professionals to tailor their prescriptions accordingly or in some cases not prescribe anything at all.

Further, he argued for a closer examination of how different people interpreted what was health, disease and medicine. Quoting Rene Dubos, the well-known French-American pioneer of antibiotic discovery, he said health was “not necessarily a state of well-being, not even … a long life. It is, instead the condition best suited to reach goals that each individual formulates for himself”.

In other words, there was no standard set of parameters possible and being healthy was linked to the individual’s ambitions or goals and his/her ability to take risks needed to achieve them. A mountaineer wishing to climb the Mount Everest would obviously need a different level of fitness than a chess grandmaster and their ideas of what good health means would diverge widely – both being equally valid. The journalist also gave the example of Jesus Christ, someone who willingly embraced crucifixion in his search for truth despite knowing the bodily dangers such pursuits often entail. He said every modern doctor (or even an ancient one) – clueless about the deeper motivations of Jesus –   would have diagnosed his condition as ‘suicidal ideation’ and recommended treatment with mood elevating medicines or even extended quarantine!

Next was an interesting presentation on use of internet conferences to strengthen and empower networks of health activists, working on issues such as rational use of medicines, across continents. Even though nothing can completely replace face-to-face communication and the accompanying human interaction, collaboration using technology such as videoconferencing is extremely valuable as it enables sharing of ideas and experiences through personal interaction without the cost and time of travel.

Another presentation was about an initiative to improve the quality and reliability of content on medicine in the Russian edition of Wikipedia, used by thousands regularly, to make it more accurate and up to date with latest research. Helping to empower patients was the focus of yet another speaker who called for an emancipatory approach, greater involvement of patients in the health dialogue and creative efforts to improve their health literacy. This means a greater ability to get, process and understand health information so they can make decisions, act on health advice, access health services and navigate the health care system.

Sholmes in the meanwhile was busy taking notes at the workshop on ‘Improving use at local level: Empowerment’. This session was all about how everyone can play a role in promoting rational use of medicine, e.g. youth, school children, community institutions, prescribers and pharmacists. The challenge was to find the right stakeholders and find ways to engage them through incentives and recognition.

Sholmes was delighted to learn that a powerful way of spreading the message about rational use of medicines or any health-related concepts among adults came by involving children. A presentation from Kazhakhstan described the need to understand modern realities of pediatric use of medicines, from the point of view of school children and their parents.

The study documented how many kids have had colds or flu and who prescribed them antibiotics for their condition. In the vast majority of cases the prescriber was the doctor – so the project coordinators made a video of what questions to ask the doctor when the child and parent visits them. It was found that children in the 7th grade onwards were capable of not only learning about appropriate use of antibiotics but also educating their parents on this issue.

Another presentation described development of a drug management system in 36 child development centers in northern Thailand with community involvement. The project, which formed committees in each centre, undertook a process that involved the teachers, staff and local networks.

Following the training they received from the expert team, the committees took up responsibility to implement the ideas they themselves developed. Evaluation showed 33 centres had effectively planned and implemented a drug system in their schools, including information on the 8 basic medicines in the kit, emergency procedures and safe use. The project taught the personnel at the center the basics of prescribing, recording and inspecting quality of medicines also.