Who Killed Rational Use of Medicine? 11 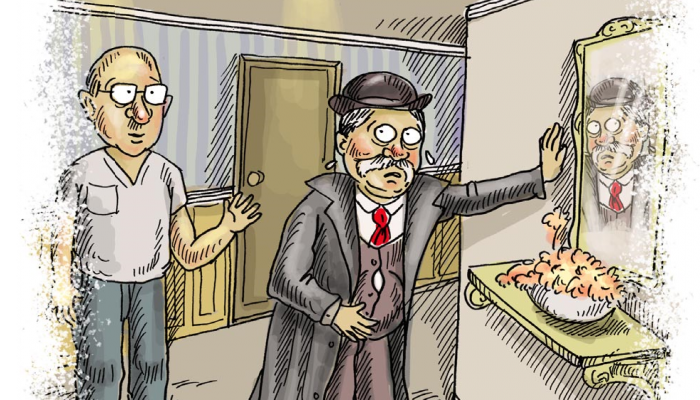 Of pills and profits

Illustrating the role of money in deciding how medicine is marketed and dispensed was a study from Indonesia, part of a project called PINTAR or Protecting Indonesia from the threat of antimicrobial resistance.  The researchers, of different ages and genders, approached 166 private drug sellers – mostly community pharmacies and drug stores – in rural and urban Indonesia.

At these stores they pretended to be afflicted by suspected Tuberculosis (TB), Upper Respiratory Tract Infection (URTI), and child diarrhea – all clinical scenarios for which antibiotics are not recommended. Out of the 495 consultations, 342 or 69% resulted in the dispensing of antibiotics without a prescription.

While the researchers themselves did not impute any motives to the drug stores, it was clear to Sholmes that their primary motivation for pushing so much of antibiotics, when it was not medically indicated, must have been their search for income. These were small players of course; the really big guys were global pharma companies, which made far greater amounts of money by pushing drugs that were not required or came with dangerous side-effects, which nobody was properly informed about.

However, needless antibiotic prescriptions were not just always about money alone. Presenting a more complex picture of motives involved, was a study from India of informal providers, who lack formal training but are the main source of health advice in many low and middle-income countries.

To begin with, due to their limited understanding of antibiotics, they viewed these as the most effective therapeutic choice for most illnesses. Not prescribing antibiotics could result in loss of credibility with patients and with that their source of income also. For pharmaceutical companies and antibiotic supply chain stakeholders, informal providers constituted an expanding commercial segment, making them prime targets for aggressive drug marketing.

Ironically, formally trained and qualified doctors mentored informal providers, often in return for patient referrals and were also guilty of over prescribing antibiotics themselves. Finally, regulators fear that restraining informal providers could seriously compromise access to health services by rural populations and therefore tend to overlook their antibiotic use.

Another study from Indonesia highlighted the problem of low level of knowledge among patients themselves. Out of 268 respondents, a cumulative 76% of them used antibiotics in last six months, but a majority of respondents, around 75%, incorrectly identified that cold and cough are treatable with antibiotics.

“The issue of antibiotic misuse seems to be at the heart of problems facing rational use of medicine!” Sholmes realized. In other words, if anyone found a solution to the former, a resolution of the latter was assured.

As the conference went into lunch-break, Whatsup rushed back to his room in a tearing hurry. Something from the dinner last night was wreaking havoc on his digestive system. Later in the hotel corridor he ran into one of the delegates from Latin America who, looking at his ashen-face, enquired if all was well. Whatsup put up a weak smile, which indicated things were not so good after all.

“Where can I get some antibiotics at a pharmacy around here for an upset stomach?” asked Whatsup, a bit embarrassed about the entire thing. “I suspect it may have been some bug I picked up when I went out for dinner last night”

“There is no need to pop antibiotics in such haste. Given some time, your problem may resolve itself without any medicine” said the delegate, adding ‘It is all about your microbiome’.

“Micro – what?” said a perplexed Whatsup.

“It’s the local bacteria getting to know the foreign ones you have brought with you” came the reply. “They are having a drunken party in your stomach right now but will get it over with quite soon. Give them some rest and you will be fine by evening”

Whatsup decided to follow the advice, skip regular lunch and settle for a bowl of fruit and some probiotic yogurt instead. Perhaps there were many problems of the human body that could be settled only with time and patience, not with pills and medical interventions.