‘By the Time a Famine is Declared Officially, it is Already too Late’ 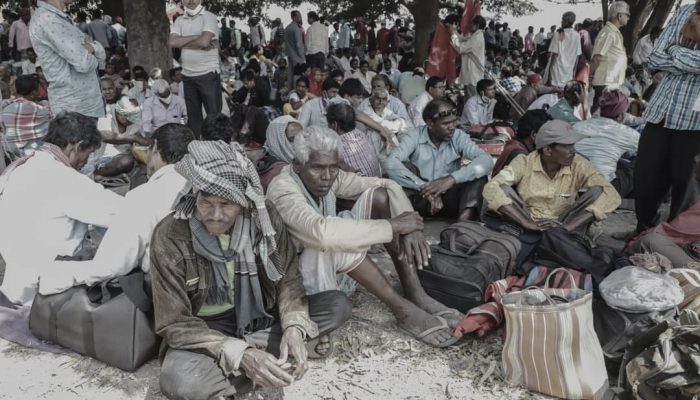 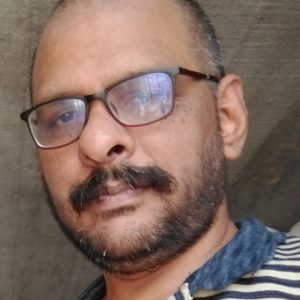 The economic fallout of the Covid-19 lockdowns has created the worst humanitarian crisis in recent history. Numerous surveys have revealed the sheer gravity of this unfolding catastrophe in India and the world. Its starkest symptom is mass starvation, which is once again stalking the land.

In this important series of articles for Covid Response Watch researcher and journalist, Sajai Jose explains the context, the trends and prognosis of hunger in India.

‘By the time a famine is declared officially, it is already too late’

A famine is not simply mass death resulting from starvation, as most of us understand it. For the vast professional bureaucracies who have made it their business, “‘famine’ is not a rhetorical, emotive term. Rather it is a scientific classification based on “standards, evidence, and technical consensus,” as the Integrated Food Security Phase Classification (IPC) puts it.

The IPC describes itself a “common global system for classifying the severity and magnitude of the food insecurity and malnutrition.” It has a clinical approach to hunger, which it classifies according to five distinct phases of increasing severity:  minimal/none, stressed, crisis, emergency and catastrophe/famine. Important and unavoidable as they maybe, the truth is that such official definitions only serve to conceal the horrifying reality of human suffering and death that is famine.

A 2017 report from south Sudan reconstructed in chilling detail the progress of hunger through various phases, culminating in famine. It shows how troubling the situation is even in phase one, or “minimal food insecurity.” In this phase, people still have food, but only thanks to aid money or because they’re taking steps like selling off their cattle, knowing it will worsen the problem later. If help doesn’t come, the situation can quickly ratchet up to phases two and three, where even with aid households are cutting back on food or are forced to take drastic measures, such as eating seeds kept for planting.

In phase four – ‘emergency’ – “people might start by protecting at least the main earners in the family — say, the men who work in the fields — at the expense of the ‘others.”  The report quotes Yasmin Haque of the UNICEF, “In South Sudan, I’ve seen cases where women are boiling the bark and leaves of trees just to have something to feed their kids. People start looking skeletal, they have no reserves left in their body. The hair becomes bleached due to vitamin deficiency. The eyes get sunken. People find it harder to move. Your immune system begins to suffer. Organ failure begins.”

“And yet,” the report continues, “this is still not a phase five “famine” situation. For that, three more official criteria need to be met. It is only when one in five households face an extreme lack of food, more than 30 percent of the population suffers from acute malnutrition, and at least two people out of every 10,000 die each day will this human tragedy officially make it to the final phase of ‘catastrophe/famine.’

The implications are clear. It is only malnourishment and hunger that can be remedied. By the time a famine is declared officially, it is already too late.

In their latest report on global hunger, the humanitarian group Oxfam says that 155 million people around the world —some 20 million more than last year— now live at “crisis level food insecurity,” or borderline famine. The report further states that as many as 11 people die of hunger each minute – compared to seven lives claimed by Covid-19 in the same time – and that the number facing famine-like conditions around the globe has increased six times over the last year.

In October 2020, rankings released by the Global Hunger Index revealed that 40 countries -including India, which ranked 94th among the 107 countries listed- had ‘serious’ levels of hunger, while in 11 countries, hunger had reached ‘alarming’ levels.

Several humanitarian organisations have been warning about the world’s growing hunger problem –rather, a steady worsening of the world’s hunger problem–since last year. In April 2020, David Beasley, director of the U.N.’s World Food Programme (WFP), the world’s largest humanitarian organisation, told the UN Security Council that the world faced a “hunger pandemic” and possibly “multiple famines of biblical proportions” that could result in 300,000 deaths per day without swift intervention.

A cure worse than the disease

According to the Global Humanitarian Overview 2021 (GHO 2021), pandemic-related disruptions have triggered the deepest global recession since the 1930s, while the International Labour Organisation estimates that it may have directly rendered as many as 195 million people jobless, while indirectly affecting almost 2.7 billion workers – four in five of the world’s workforce.

The most catastrophic impact of the Covid-19 lockdowns is the sudden and widespread spike in extreme poverty worldwide. The World Bank’s Poverty and Shared Prosperity Report estimates that pandemic-related disruptions have “already pushed an additional 88 million to 115 million people into extreme poverty this year, with the total rising to as many as 150 million by 2021, depending on the severity of the economic contraction.”

The report summed up the problem in stark terms, “For almost 25 years, extreme poverty was steadily declining. Now, for the first time in a generation, the quest to end poverty has suffered its worst setback. Global extreme poverty is expected to rise in 2020 for the first time in over 20 years as the disruption of the COVID-19 pandemic compounds the forces of conflict and climate change.” What’s worse, “half of this rise in poverty could be permanent,” (italics added), predicts Homi Kharas, one of the experts behind the World Poverty Clock.

In fact, the World Food Programme says that in countries across Africa and the Middle East, where shutdowns are acutely exacerbating poverty, “more people are expected to die from the economic impact of Covid-19 than from the virus itself.” According to its director Beasley, “1.6 billion children and young people are currently out of school due to lockdown closures. Nearly 370 million children are missing out on nutritious school meals — you can only imagine when children don’t get the nutrition they need their immunity goes down.”

According to the 2021 Global Peace Index report, political tensions increasingly stem from the economic fallout of the pandemic. “Growing unease with lockdowns and rising economic uncertainty resulted in civil unrest increasing in 2020. The changing economic conditions in many nations increases the likelihood of political instability and violent demonstrations,” the report notes, adding that it recorded more than 5,000 pandemic-related violent events between January 2020 and April 2021.

Apart from the world’s conflict zones, where there is a permanent hunger crisis, we are seeing increasing reports of unrest and protests elsewhere too, with hunger being a major cause. While South Africa saw a series of riots, Cuba witnessed widespread protests. Columbia, Haiti and Lebanon are witnessing severe political unrest, with pandemic-related disruptions playing a major role.

The Global Humanitarian Overview 2021 notes that disease outbreaks too are increasing worldwide even as the impact of the pandemic and the lockdowns have hindered essential health services in almost every country. It expresses concern that the pandemic-related disruptions could wipe out 20 years of progress in HIV, TB and malaria, potentially doubling annual death tolls.

In fact, early reports have confirmed the massive price already extracted by these disruptions.  A U.N. study released earlier this year estimated that there have been 228,000 additional deaths of children under five in South Asia these six countries due to crucial services, ranging from nutrition benefits to immunisation, being halted. In comparison, South Asia reported 186,000 Covid-19 deaths in this period. The report also says that child mortality rose the highest in India in 2020 – up by a staggering 15.4% after declining steadily for three decades. Even assuming, as some have suggested, that Covid deaths have been vastly undercounted in the region, these are shocking numbers that indicate the sheer gravity of the situation.

To make matters worse, even as public health, employment and incomes have been hit hard by the pandemic-related disruptions, food prices have been soaring worldwide. The U.N.’s Food Price Index, which measures international prices of a basket of food commodities, rose for 12 consecutive months through May before easing in June, but is still higher by 34% compared to last year. As WFP chief economist Arif Husain recently put it, “High food prices are hunger’s new best friend. We already have conflict, climate and COVID-19 working together. Now food prices have joined the deadly trio.”

Famines have multiple causes, ranging from conflict to droughts to economic shocks such as rapid inflation. They also don’t happen overnight but are often the result of cumulative processes which can be identified and tackled with timely interventions. One reason why such intervention does not happen is because both the state and society’s elites prefer to deny the problem, at least until it becomes impossible to do so. After all, it reflects poorly on them. We are living with such denial right now.

The uncomfortable is truth that humanity – or a sizeable chunk of it – never stopped being hungry through the recent decades of economic growth and development, which we are told created unprecedented prosperity and technological progress. The FAO estimates there are nearly 821 million undernourished people in the world today. Even in the US, the world’s food superpower, nearly 12% of households are classed as being food-insecure. Recent research in the UK found that large groups of people across the country were disproportionately affected by hunger.

In such a world, any crisis, and especially one as grave as the present one, can act as the final stroke that pushes whole chunks of humanity from under-nourishment to hunger, from hunger to starvation, and from starvation to death. The recent food riots in South Africa and elsewhere can be seen as an early warning, especially for India, whose impoverished majority is in a similarly precarious condition.

In the face of official apathy, it is for civil society and the media to address the “hunger pandemic” before it is too late. Because, as the latest warning from the WFP put it, “The price of doing nothing in the face of these growing hunger needs will inevitably be measured in terms of lost lives.” 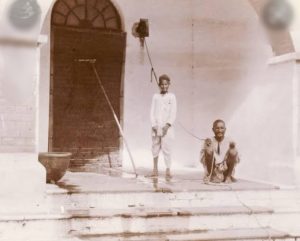 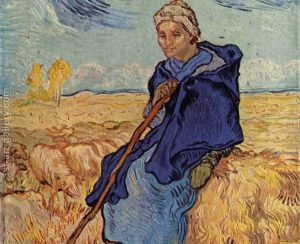 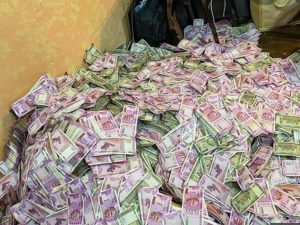