Dr. K. Sudhakar is not quite NORMAL. 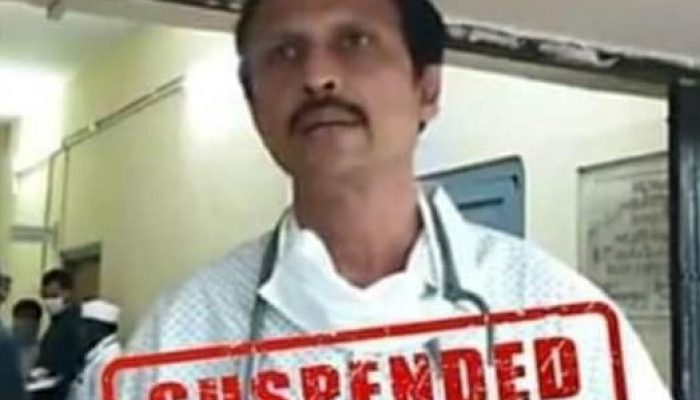 Cancer specialist
My Other Posts

I’m sure, Dr. K. Sudhakar is not quite NORMAL.

See, as we have quite adjusted to this new normalcy – a fine living keeping a delicate balance – cooking delicious meals and talking about people who are dying from hunger – watching Netflix and Prime videos and thinking about those corpses under the trains and trucks, who were living human beings a few minutes back – its all a matter of balance, which he didn’t have.

Plus, check his academic degrees. Who else but a raving lunatic would go to join the Government services with credentials like these!! Everyone knows that if you are competent enough, you’d like to see yourself as rich. Don’t you know the adage – If you’re that good, why ain’t you rich?? So, a person with talent and capability should own a big house, a luxurious car. And do you have any doubt that the way to achieve those is through those five star corporate hospitals – not through any shabby government set-up?

One of our teachers told me once that his young son told him : See, Dad, previously, people used to say that only those patients who can’t afford to go anywhere else go to the government hospitals. But, nowadays, my friends are telling me that, only those doctors who can’t find an engagement anywhere else come to join the government hospitals. (Young folks are honest – sometimes brutally so).

And even after experiencing the glorious roles played by the corporate healthcare setups to tackle this Covid crisis in this country, the perception won’t change.

So, you see… A person with good credentials stuck with a government hospital cannot be in his right state of mind.

In this era when proper education means you’ve learnt to earn, earn well and learnt to care for yourself without being concerned about others and acquired that art perfectly – a person who shouted about the lack of protective gears eg PPEs, N95 masks etc for healthcare workers without ensuring proper precautions to save his own dear ass – that, clearly, is a fair evidence of lack of balance – may be, a lack of proper training too.

Now, how do you usually act when you see a raving lunatic in the streets? You try to avoid. You try to hurry pretending not to see. People with more initiative try to extract some fun out of them – making them shout, making them act proper mad – sometimes, even, throw stones at them. Clearly, the Andhra Police belongs to the second category. 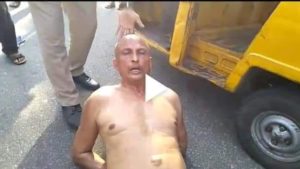 So, you cannot blame them when they did make the doctor march half-naked through the streets. I’m not sure whether they also took the example of great Chulbul Pandey from the film Dabaang and got more fun by putting something between two legs etc etc, but in any case, you shouldn’t blame them.

I’m also quite sure that the media reports stating that Dr. K. Sudhakar, who was suspended from services for these last few weeks (after unnecessarily demanding for protective gears) was drunk and under the influence of alcoholic beverages. And there shouldn’t be any doubt that it was not the poor police folks who are to be blamed for acting quite normally – if you must blame somebody, blame the Doc.

Lets hope, Dr. K. Sudhakar is under proper treatment and getting cared for by able hands.

Lets wait for that moment when flowers are again showered from helicopters, he will be there to click a decent selfie and post it on social media – sane, lovable and honourable just like us. 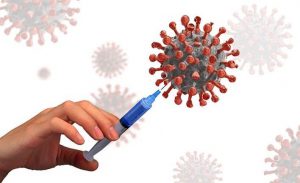 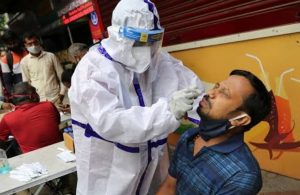 My tryst with Covid 19

I am slowly recovering from Covid 19 and entered the 10th day. While I don’t want to go into the medical treatment part, I like 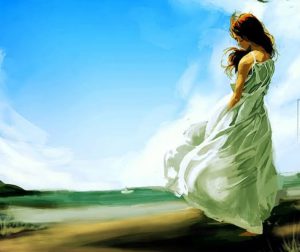 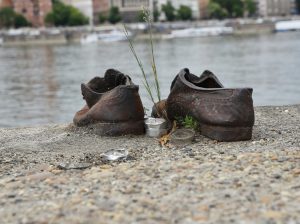 My tryst with Covid 19